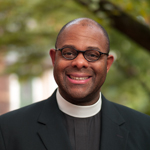 Fifteen years after the catastrophic and world-changing events of September 11, I am profoundly reminded of the power of community. I shall never forget the chain of events that unfolded on that bizarre day while I was enrolled as a Middler (second-year student) at The General Theological Seminary of The Episcopal Church in Manhattan’s Chelsea neighborhood.

While the World Trade Center was a mere 15-minute jog from the seminary, it felt so far away as tower occupants and a myriad of people from Lower Manhattan made their way northward on Manhattan island. Walking, running, falling, and crawling away from the unknown, all sorts and conditions of God’s children were seeking community—and finding it. Uncertain if they or anyone else might live to see September 12, it was overwhelmingly apparent that human connection would bring about some level of comfort if not calm to the storm. In the face of another human being, regardless of race, color, or creed, God’s face was being seen and cherished, widely.

I, too, was seeing and cherishing the facing of God in other human beings, who were ministering to me, while I was attempting to minister to them as one of the many lay chaplains dispatched to serve at “Ground Zero.” Beforehand, fellow seminarians and I were caring for one another, reflecting on what might be most helpful to others who would be in our care, and hoping that we would be reunited in the seminary’s Chapel of the Good Shepherd for night prayers and conversation.

Ultimately, we reunited, rejoiced, processed, and vowed, on the night of September 11, to not take for granted the gifts of life, each day as God’s day, and the sacred power of community. Today, I am grateful for places such as St. Peter’s, which strive for increased community—and seek to serve Christ and one another in faith, hope, and love.

In thanksgiving and Godspeed,