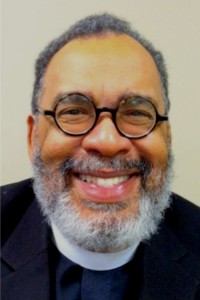 When I came to the church, late in life, it was because there was a hunger in me whose source I didn’t yet know or understand. It took many moments of encountering God in the most unexpected ways that opened my eyes to things that were always present but I was blind to them.

One of those sign-post encounters was the result of caring for people with AIDS. When I joined that ministry, it was a time when having AIDS meant a death sentence. What could I possibly bring to people who were so seriously ill, when I didn’t know what I could do that would make any difference in my own life? When I walked in that first room to visit a person who was a beyond anything medical science could do, I understood that we were not alone: because God was present. That experience revealed to me the source of my hunger. That source is a God who transforms hopelessness into hope.

The very person I encountered, who had every reason to be without hope, was sustained by the love of a God who makes himself known in the darkest times of our lives. It happens when we care for each other when most needed. It happened for me when I reached out to care for someone I didn’t even know. That person turned out to be a messenger of God… as it turned out I was for him. It was in that encounter that my fears and doubts were healed. That is the gift of caring for others that one is bring the kingdom of God into being. In doing so we heal the world.