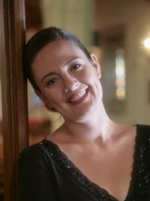 Next Sunday, April 22 at 5:00 p.m., St. Peter’s Choir will sing for a special Eastertide Evensong. This service will feature Benjamin Britten’s beloved masterpiece, “Rejoice in the Lamb.” This cantata was commissioned in 1943 to commemorate the 50th anniversary of the consecration of St. Matthew’s Church, Northampton. Britten takes the text from Christopher Smart, an 18th-century British poet, who by all accounts led a difficult life. He struggled with mental illness and poverty, and he spent long stretches of his life institutionalized. It was during his confinement to an asylum between 1759 and 1763 that he penned his most famous poem, Jubilate Agno, (“Rejoice in the Lamb”).

The tone of Smart’s poem stands in stark contrast to the bleakness of his living conditions at the time. He doesn’t say, “Woe is me,” or “Out of the depths,” – No. Even in the direst of circumstances, he cries: “Rejoice!” Smart sees God everywhere: in flowers, in a mouse courageously defending his lady-love, in the alphabet, in musical instruments, and, most poignantly, in the elegant movements of his cat Jeffrey, his sole companion in the asylum.

Even when he laments his situation, his faith remains. He writes: “For I am in twelve hardships, but he that was born of a Virgin will deliver me out of all.” This is the source of his joy. He knows that God is his Savior and can thereby see past his own suffering to recognize God all around him.

In “Rejoice in the Lamb,” Britten asks us to see the world through Christopher Smart’s eyes: to marvel at the beauty of Creation, to recognize the innumerable miracles that surround us, and to rejoice – because we know that there is no darkness so deep or burden so heavy that God’s love will not ultimately overcome.

For at that time malignity ceases, and the devils themselves are at peace. For this time is perceptible to man, by a remarkable stillness and serenity of soul.