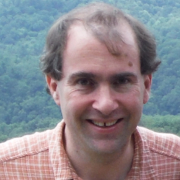 “Because so many people were coming and going that they did not even have a chance to eat, Jesus said to the apostles, ‘Come with me by yourselves to a quiet place and get some rest.’”

Thus, in Mark’s gospel, Jesus provides the rationale and even the theology of retreating for his disciples–and, by extension, to all of us whose lives are punctuated by meals eaten in cars, at desks, or skipped entirely. Moving apart and resting is as ancient, fundamental, and as much a part of God’s order as creation itself, when rest was, arguably, the final creation of God.

Rest seems like a paradoxical activity for God, whom Dante describes as where the thought and the accomplishment are the same. How can God rest? Why would God rest? The first question might be a mystery, but the second seems clear: admiration of creation is something that even God likes to do. Likewise, to return to Mark’s gospel, Jesus’ invitation came after the runaway success of the first apostles’ mission.

So, God invites us by example to take a moment, look up, and contemplate how very good all creation is. Jesus commands us to come with him after doing well through his strength and join him in getting some rest. And God knows, we need it.

As a Roman Catholic writer (anonymous, so known only to Google and God) points out, a retreat for a parish is a Eucharist writ large: brought apart from the world’s clamor–from chyrons, breaking news alerts, push notifications, updates, and tweets–brought together in joy by the love of Christ and one another, we allow our hearts and minds to be filled with God’s praise, to listen for God’s voice, to reflect on how we can better serve Christ’s kingdom, and we reunite ourselves to the body of Christ.

And then we come back, one hopes, better equipped to confront with God’s love the barrage of a broken world’s spam, texts, notifications, alerts, messages marked urgent, and all the rest. In fact, our focus for this year is on keeping spiritually healthy while surrounded by screens flashing messages of anger, envy, avarice, and despair.